Embodying a transformation from structuralism to poststructuralism, Roland Barthes, though initially characterised by a Marxist perspective, extended structural analysis and semiology to broad cultural phenomena, and promulgated and popularised the Poststructuralist notions of “the death of the author”, of the text as a site of freeplay, and the difference between the “work” and the “text” and the “readerly” and “writerly” text.

Barthes’ Writing Degree Zero examines the development of literary forms and analyses the literary movements represented by Flaubert and Mallarme. He points out that these writers attempt to divorce language from its sociality, to promote the creation of form as an end in itself, and to create “natural” modes of writing. In opposition to this, Barthes argues that language is inextricably bound to social institutions and norms.

Mythologies expressed Barthes’ resentment of the bourgeois attempts to naturalise or universalise their values and agenda, so that such values become the norm, and the rest become aberration and abnormality. Here, Barthes undertook an ideological critique of products of mass bourgeoisie culture. He introduced the concept of myth (which serves the purpose of such mystification), while he also cautions that there are no eternal myths, for myths are created by the bourgeoisie in every society. Barthes’ concept of myth has a tridimensional pattern where the signified of the first order signification becomes the signifier of the second order signification, through the operation of differance. Therefore myth consists of two semiological systems, where the object of the first is language and the second is myth or the metalanguage, which has multilayered signification, which Barthes illustrates with the example of the cover page of a Parisian magazine, where a young negro in French uniform salutes with his eyes uplifted, probably gazing at the French flag. Myth is a type of speech defined more by its intention than by its literal sense. Barthes explains that myth “essentially  aims at causing an immediate impression,” thereby encouraging the illusion and that myth is factual, while actually it is not. Thus naturalises history and empties reality, it is “depoliticised speech”. Barthes equates this process of myth making with the creation of bourgeois ideology. 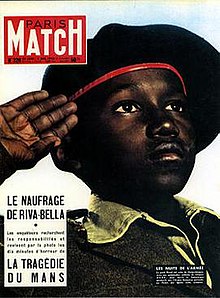 His  primarily analyses four sets of concepts that create meaning:
1) language/speech (and concludes that language is always socialised)

3) syntagm/system — that parallels with Saussure’s syntagmatic and paradigmatic axes — operation of language as the interaction between two axes, where syntagmatic axis is the combination of signs, while the systemic axis is equivalent to Saussure’s langue.

4) denotation/connotation, which refer to the first and second order of signification respectively, and is closely associated with Barthes’ concept of myth.

In Introduction to the Structural Analysis of Narrative and S/Z Barthes developed a detailed model of narrative. Following a structuralist approach in S/Z, analysing Balzac’s “Sarrasine” he breaks up the narrative into 561 units (lexias) of meaning and studies how they combine with each other to generate meaning. Drawing parallels with Propp and Greimas, Barthes divided the lexias into 5 groups, all working in combination in a narrative. These 5 groups or codes are the narrative’s way of organising the units so that meaning is generated. These codes are proairetic code, hermeneutic code, the cultural code, the semic code and the symbolic code.

Echoing the views of Valery, Mallarme and Proust, Barthes questioned the centrality and authority of the author in The Death of the Author, arguing that the author should be viewed as a grammatical subject rather than a psychological one. He points out that with narration, the author loses his identity and “writing begins.” Thus Barthes deconstructs the centrality and the dependability of the author, undermining the liberal humanist tendency that since Renaissance had celebrated authorship. He observed that “writing is a performative act and every text is written here and now, and that text is a multidimensional space in which a variety of writings, none of them original, blend and clash.” Refusing absolute fixities, Barthes shifted focus from the author to “the reader, who, like the author, is a function of the text, is without history, biography and psychology”, but is only a function of the text.

Influenced by Marxism and Freudian psychoanalysis, Barthes in From Work to Text differentiates between the “work” and the “text”, arguing that the “text” is not stable and fixed, but fluid, multilayered and interdisciplinary. It is a “methodological field” marked by a subversive force against categorisation, since it spans multiple disciplines and genres. Opposed, to the “work” (which allows arriving at a definite meanings, the “text’ manifests endless postponement of the signified, which is revealed through disconnections, overlappings and variations. Thus the text is metonymic, decentred, open to endless investigation, comprised of differance, emanating from disjoint heterogeneous perspectives and held in intertextuality. Such a text (which Barthes terms as the “writerly text”) calls for active, productive and constitutive reading (as opposed to the work which is read passively) and gives rise to jouissane instead of plaisir, which he examines in The Pleasure of The Text.

Thus Barthes with his rich oeuvre of writings stand out as one of the most dynamic and tremendously influential critic of the 20th century, with his range of thoughts spanning across Marxism, Struciuralism, Narratology, Semiotics, Poststructuratism and most importantly Cultural Studies.